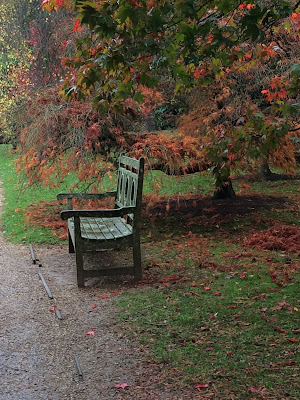 I would sit on this bench beyond reach and write of autumn things.  The burnt colors:  burnt umber, burnt sienna.  The wistful downwards triad of a golden-crowned sparrow.  The lucent hundred-year-old catsup bottle on a windowsill facing the sunset, offering something hard to express, something elusive about time and loss and bubbles caught in glass.

Tom Stoppard puts it perfectly, in Rosencrantz and Guildenstern Are Dead:  "Autumnal—nothing to do with leaves.  It is to do with a certain brownness at the edges of the day . . . Brown is creeping up on us, take my word for it . . . Russets and tangerine shades of old gold flushing the very outside edge of the senses . . . deep shining ochres, burnt umber and parchments of baked earth—reflecting on itself and through itself, filtering the light.  At such times, perhaps, coincidentally, the leaves might fall, somewhere, by repute.  Yesterday was blue, like smoke."

Posted by Christie at 8:14 AM No comments: 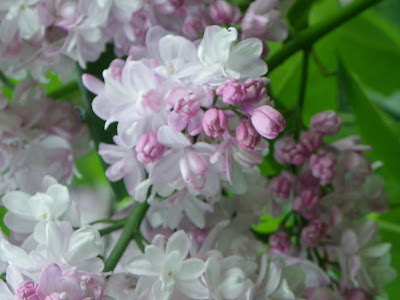 I am grateful to be welcomed into the Heartland Society of Women Writers—perhaps as more than an honorary member because of my connections to the midwest on both sides of the family.

And this is what I have to say for myself, as an initiate.

Posted by Christie at 9:38 AM No comments: 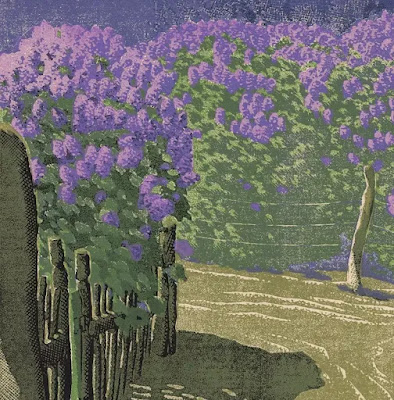 This is very much a spring story, a story of a precise time and place.  There are many details which I've borrowed from my past, altered as I saw fit (one of the privileges of being a writer), shined up a bit like tarnished old silver with a soft and forgiving cloth.

Lilacs always transform me.  I trespass if I need to, enter strangers' yards to stand and smell for a long drunken time, my nose nestled into the luxuriance, a loopy smile on my again-twelve-year-old face.

"The smell of lilacs idled heavy in the air before and after, as they talked and talked.  The purple of the Pyrenees, of wisdom, mystery, and magic; the bruised powerful Tyrian color; the doomed sails of Theseus color, a shade royal and doomed, forbidden in Japan, treasured by the Mixtec, scorned by the Roman poet Horace in describing prose.  The color of thunderstorms in the canyons of the cliff dwellings at Bandelier, in the storm-bruised mountains nearby, in the sky to the north on summer opera nights when passions were alive and danger in the air."

Posted by Christie at 9:34 AM No comments: 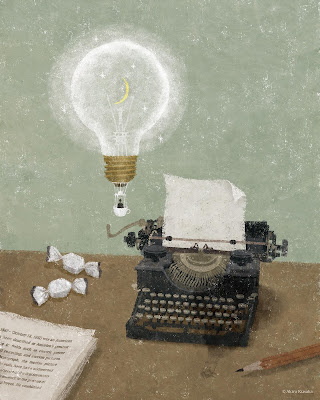 For my reflections on how this story came to pass, see Twelve Winters miscellany, here.

Posted by Christie at 1:53 PM No comments: 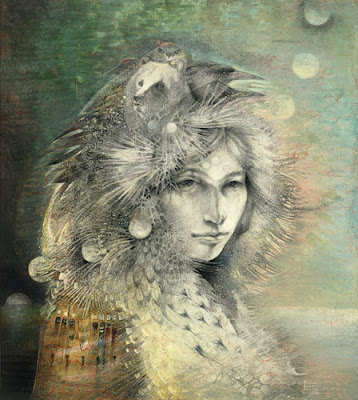 Another widely sprawling piece, "Creation Stories," just published by Twelve Winters, follows the travels of Sylvie and her young daughter Cory around the world collecting origin myths—until they both settle on the Big Island of Hawai'i, and creation takes a different twist.

"She traveled, tentatively at first as they had, to northern Arizona, Labrador (finding among the Cree stories they'd gathered there the 13-year-old's cri and cri de coeur), and Guatemala.  She shared their love of Tunisia, and breathed in deeply, dipped both hands into the mounds of vivid spices they had photographed and painted in the souks.  Liked that the Phoenician creation story Cory liked best had to do with Wind and Desire, and the Cosmic Egg, and that the whole time they were there they ate what they dubbed cosmic eggs—delicious chakchouka, eggs baked in a tomato sauce with harissa and sweet peppers.  (Recipe included at the chapter's end.)

Kelly contemplated early Christianity with them ('in the beginning was the word') in Canterbury, home of England's first Cathedral; and prehistoric art (in the beginning were running horses and ochre bulls painted on deep cave walls) in France, the Occitaine.  Stayed with them in their guest house with two bicycles on Awaji Island, Japan, said to have been created first of all the islands when drops of salt water crystallized, fell back into the ocean—the 'chaos under heaven'— from the tip of the jeweled spear that had been used to stir it.

She sympathized with Cory at nineteen, who'd come down with mono and felt awful most of the year.  They hadn't ventured far as a result, but found a sunny apartment in Brooklyn and took the ferry to Ellis Island several times to make a study of beginnings there—the creation of new identities in a new world.  Appropriate, Cory had said dully, her fever smoldering, as she emigrated into adulthood, suffered its peculiar sea-change." 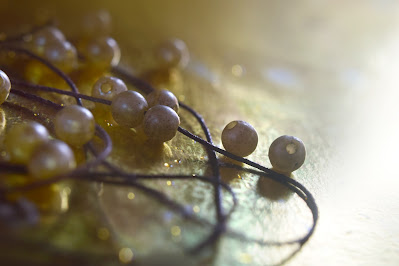 Potato Soup Journal has published my creative nonfiction/memoir/personal essay/lyric essay/observation, "Possessive Pronouns."  (Yes, the piece itself is just as sprawly and multifaceted as that, weaving into it such threads as pirates, pearls, and elderly donkeys.)  This is a meditative reflection on coming-of-age, growing pains, at a more advanced age than is usually associated with those things.  Or, as a kind friend has said about it, "Exquisite writing on themes of ancestry, selfhood and the concerns of the later stages of life."

One of the important conclusions or life lessons I reach as I mull on is that "I think I finally understand that possibility is not the possibility of leaving, not exactly or not necessarily, but the possibility of keeping—keeping one's self intact, unconquered by the musts and shalls and shan'ts, wings uplifted, stunningly agile while as fragile as spun glass." 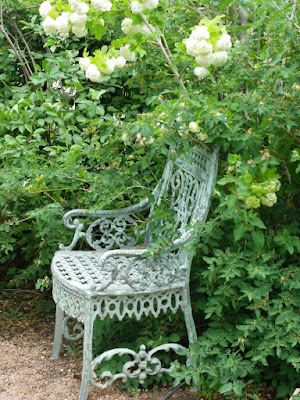 So much of my writing has been in Santa Fe lately, as if seated in this old Santa Fe garden. 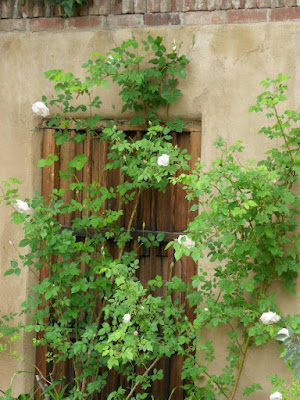 Posted by Christie at 9:11 AM No comments: 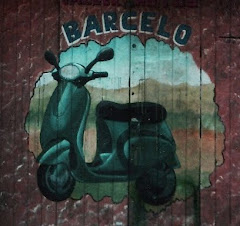 On one particularly dark day back in the Bush Era, when it was clear that things were only going to get worse, our writing group was greatly heartened by this story about poet James Merrill and a transformative green scooter.

James Merrill wrote in his memoir, A Different Person (1993), about visiting a doctor about his depression, saying that he didn't know how to live or how to love, he just knew how to write a poem. The doctor, he said, "listened closely, then acted with undreamed-of kindness and dispatch. 'Come with me,' he said, in a flash ushering me out of his downtown office and onto the back seat of a smart little pale-green motorscooter. I put my arms, as instructed, about his stout, gray-suited person, and off we went in sunlight, through traffic, under trees, past architecture, over the muddy river to lunch." (The Writer’s Almanac, 3/3/3)

Our hope is that this collection of writing will give readers the same je ne sais quois that brief but immense lunchtime voyage gave us—encouragement for going on; inspiration to do something simply good for ourselves each ordinary day; a smile; a moment of respite or recognition; time out from global numbing; a pause for weirdness, wonder, and delight. We want to share what gives us pleasure or some keener satisfaction putting down as well as picking up.

So hop on the green scooter with us. Read and be well. 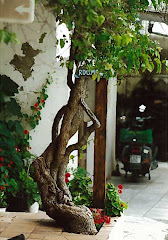